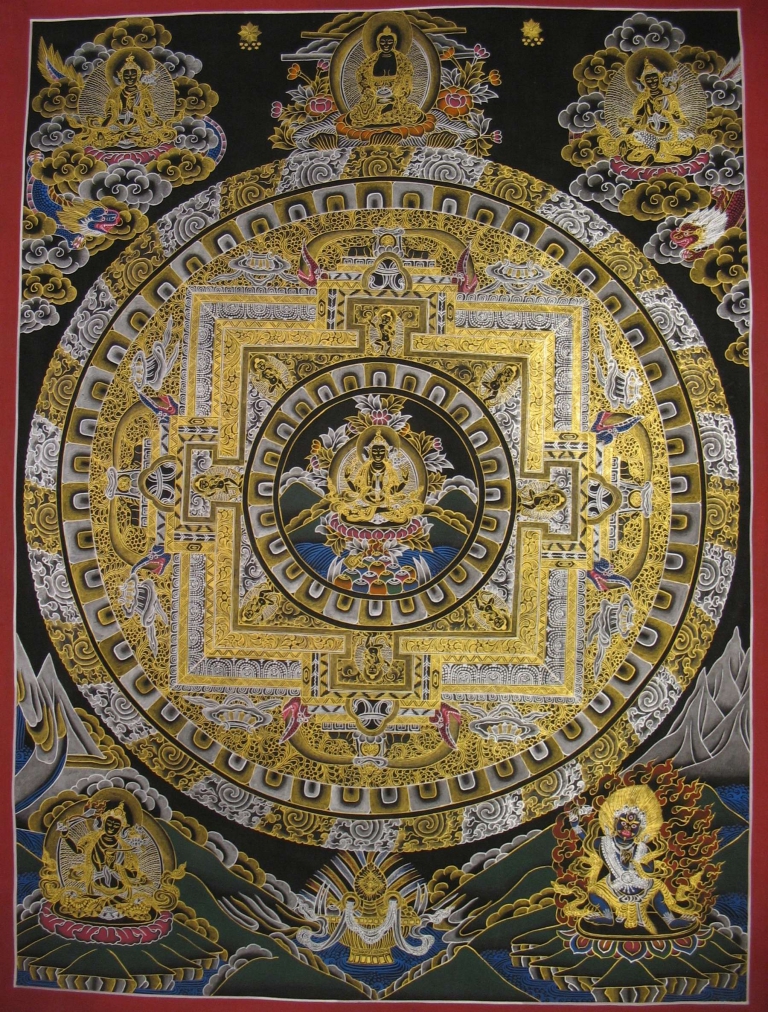 Tibetan mandala of Chenrezig art is hand painted on cotton canvas by Thangka artist from Nepal. The size of this mandala is 54 x 40 cm.

Tibetan mandala of Chenrezig art is handpainted on cotton canvas by Thangka artist from Nepal. Chenrezig is also known as Avalokitesvara. Chenrezig is the most revered of all Bodhisattva embodying the compassion of all Buddhas.

Chenrezig is presented at the center of the mandala. He is the lord gifted with complete enlightenment who refrains from entering the blissful state of nirvana to remain here below and save the living being of the earth.

Chenrezig Tibetan Art is visualized in many forms with various numbers of faces and arms, and various colors and ornaments. He sits on a lotus and the flat disc of the moon with another moon disk behind him, reflecting his total purity. Two of his four arms are joined in the prayer position holding the wish-fulfilling gem.

In his other left hand, he holds a lotus flower and in his other right hand, there is a crystal mala which he is using to count the repetitions of his mantra.

You need to Login first